Creating timelessness and embracing the past.

Rail Yard Studios’ connection to the railroad industry is deeper than you would think. Created as an outgrowth of a railroad construction and maintenance company in 2010, they have secured themselves a unique corner of the furniture market through a passion for craft and sustainability. Every piece of iron and every tie used in their furniture has a story behind it. In fact, most of the iron they’re using hold names like Tennessee Coal & Iron Co. or Carnegie Steel and have been in the ground for at least 100 years. The ties being used are seconds from the factory which are pulled before treatment due to imperfections, and would otherwise be destroyed. That sense of history doesn’t go unnoticed either. Honestly I think it’s what make their pieces so appealing and give them a sense of timelessness. 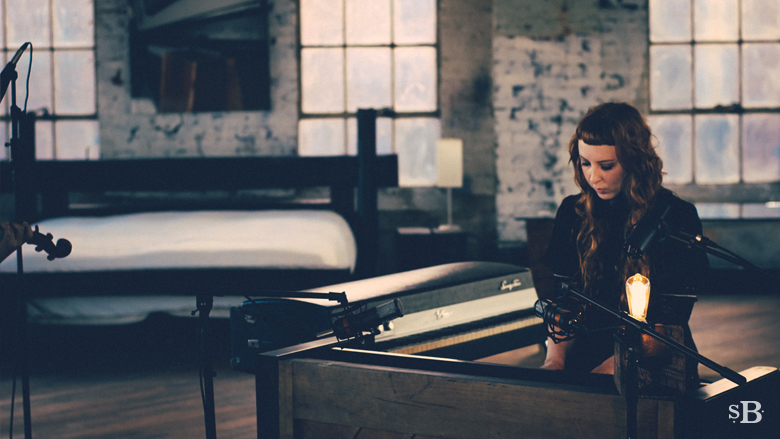 Sometimes we have a bit of a challenge of pairing the right musician with a maker – this was not one of those times. Mostly in due to the fact that if we were asked to describe the sound of Brooke Waggoner in one word, it would be “timeless”. Brooke possesses a wide variety of influences and extensive musical background that can be heard throughout her extensive catalogue. From the obvious classical background and jazz influences heard early in her career, to the even more evident love for the music of the 30’s and 40’s present in her recent work. It’s hard to think of musician who has been so successful pulling from a wider spectrum of styles. We won’t even go into naming all of the other musicians that she’s worked with (Jack White and Kyle Andrews to name a few).

What we love about Brooke and Rail Yard is that they are both such strong examples of what you can build by being in conversation with the past. Pulling from the past without dwelling in it is no easy task, and excelling at it is even more impressive. But creating something that is without era is an achievement that few could boast. Yet with every new album, and the completion of each new design, that’s what Brooke Waggoner and Rail Yard Studios are doing. — words by Connor & Greg