Building community and atmosphere with a quiet intensity.

If you’ve ever gone out to eat or to get a coffee in Nashville, chances are you’ve seen the work of Adam Gatchel. Since making his first lamp at the kitchen table in 2011, Gatchel has been producing commercial and home lighting fixtures under the moniker Southern Lights Electric Co. It’s hard for me to describe the way that Gatchel works, but the closest that I’ve come is “quiet intensity.” 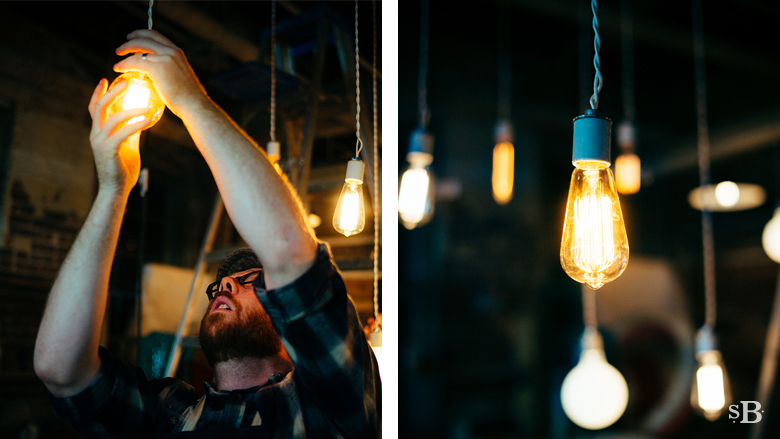 This passion is best heard when he begins to speak about his process. Because at it’s core, Southern Lights Electric is about more than just creating light fixtures, it’s about creating atmosphere. As we were filming this episode, I was able to spend an afternoon with Gatchel as he was finishing up the fixtures for Pinewood Social and he spoke a little about something most makers don’t, the projects that they turn down. It would be easy for Gatchel to take on every project that comes to him and just duplicate designs. But that’s not his style. Every restaurant, bar, or coffee shop that he has worked with (most of which now lie outside of Nashville) is custom to their location and personality.

Oddly enough my first encounter with Foreign Fields was at a party in New York with Adam Duritz of Counting Crows. I had seen Eric Hillman and Brian Holl around Nashville but never made the connection until then. Talking to them there I knew that they would be perfect for an episode of Small Batch. Pairing certain bands with brands can be difficult, and dreamy folk style, dueling electric guitars, and vocals drenched in reverb called for an intimate setting that we weren’t positive we could promise. Then, light bulb! (pun intended) With the assistance of a giant edison bulb chandelier, Adam turned a corner of his workshop into an amazing stage and the perfect setting for a Foreign Fields performance.

While both Southern Lights Electric and Foreign Fields are transplants to Nashville, both have let their roots grow deep here. Between the two of them they’re doing a great job of helping to build diversity in a town known for bright lights and big hair. Spaces that allow for conversation help to foster and support community. At this point it’s hard to think what Nashville would be like without the influence of Adam Gatchel, Eric Hillman, and Brian Holl. I hope I never have to find out. — words by Greg